Akiko Tsuruga has been one of the top organ player in jazz ever since she moved to New York in 2001, although it has taken a while for her to gain proper recognition. The Osaka, Japan native started on organ when she was just three and was attracted from an early age to straight ahead jazz. Drummer Grady Tate convinced her to move to the U.S. and Dr. Lonnie Smith became her mentor. While she considers the latter to be her main influence, like most organ players who perform blues, ballads and jazz standards, Jimmy Smith’s innovations in the 50’s were her starting point.

So Cute, So Bad is her tenth album as a leader. It was recorded live a the Alvas Showroom near Los Angeles, teaming her with two of Los Angeles’ top musicians: Graham Dechter, a bop-based guitarist who can hold his own with his New York counterparts and Jeff hamilton, famous as both a big band drummer and one who sounds equally at home with small combos including his own trio.

The music here is both bluesy and soulful and features many solos from Tsuruga and Dechter with occasional spots for Hamilton. The repertoire consists of the title cut (a mid tempo blues) , cooking “The Lady Is A Tramp”, Baby Face Willette’s catchy melody “Face to Face”, slow Slide Hampton blues “Frame For The Blues”, faster than usual “You Don’t Know What Love Is”, the leader’s likable “Peachie” (using the chord changes of Charlie Parker’s “Confirmation”) , bossa nova-flavored “Tanabata” and Tsuruga’s thoughtful jazz waltz “Pretty Please”. Everything works well with Dechter taking the melody and sharing solo honors.

The accessible music is easy to enjoy and forms a solid outing for Akiko Tsuruga. 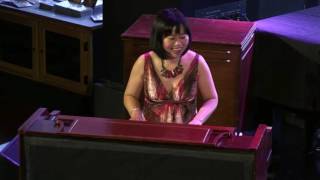 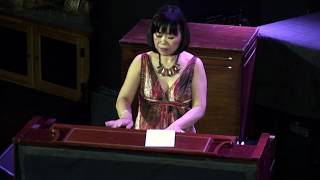